So, if I had something to say;
to pass along in such a way
as to be rendered understood
as passing on a bit of good,
old-fashioned written wit in rhyme,
revealed, at present, in the time,
and place this space permit allows;
permitting wits ever were endowed,
then but for your intellect
mine would be lost, I do suspect.
Perhaps it’s here, or somewhere close.
I've not been far, but that's the most
that I can say regarding smarts.
This prose poetry presents ‘Hi Arts’
consisting of such stuff as this wit
so passers’ by might see, or miss it.

Thus seen, ‘between words’ also are wrought.
This dimwit doggerel, ‘sans mot’,
conveys that thought quite simply, minded
such between words are thus defined. Did
I forget, or fail to mention
between words, disbelief suspension
reveals vast fields of recollections? 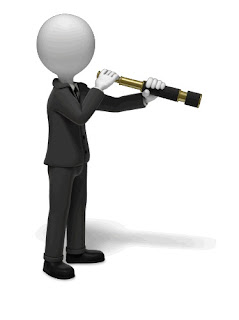 Viewed between words, verse selections
put such thoughts properly in places,
between words, causing smiles on faces
such as the one you may share
with careful wearing. People stare,
and wonder at its cause, the ‘Why’
What Reason between words like ‘Hi’
and ‘Art’ can start the impetus within
those most disposed to bare a grin?
As you surmise, or could have guessed,
this is the one thing I do best -
put purpose between each word
one might presume is seen and heard
in terms specifically defined
by following along these lines.
By that, I mean herein applied.
Your comprehension is relied
upon to get the gist of it,
to make it fit the sense of it,
the thing that rings out loud and clear,
beneath each sound, beyond your fear
of little things, like bugs and such,;
the fact that we don't hug that much;
that all we have is all we’ve got.
It’s not as if we say a lot
about the things we understand,
the things that must go hand-in-hand
as compliments to fair use. Terms
like bugs, an insect, a Bunny, or some germs
we share because we're just that close.
Isn’t that funny? It's the most
delightful way that I can say
I hope that you enjoy your day,
despite the fact that I myself
must spend it off in someplace else
without you, though that doesn't mean
either of us should quit the scene.
That is, until we’ve learned to cope.
We live in ever present Hope
that ‘something ventured, something gained’
will mean that someday we'll obtain
a better sense of presence, since
in present tense, you appear dense!
If I must repeat, again,
with a Hi! I'm five feet ten,
and weighted now to give the hunch
that rarely will I miss my lunch!
Regarding my present density,
and also my propensity
for texture, taste, and intonation,
concept, craft and conflagration
so intense, and burning bright
the chances are that you just might
soon feel my heat, a light injection
so subtle and close to perfection
that you'll find it most fascinating
in that it's also vaccinating!
It's a hoot! A laugh! A lark!
A well thought out shot in the dark.
It's a plan I had that I'm having still.
So, begging your pardon, if you will,
Please, Step right up, and get a thrill
from what must mostly fit the bill
as a ‘Madrigal Sum Perspicil’,
a versed diversion. Moving ... Still.

By Hieronymous Corey
Email ThisBlogThis!Share to TwitterShare to FacebookShare to Pinterest