HEAR YE. HEAR YE. HERE WE
PROPOSE TO POSIT PROSE POETRY
FORMING FORMS OF CONTINUOUS CONNECTIVITY
TO COMMUNICATE CONSIDERABLE
CONTEMPLATIVE REFLECTIVITY.
SIMPLY PUT, WE POSE THIS WHERE
PROSE POETRY IS WHAT YOU’LL HEAR
WHEN WONDERING WHERE THE TIME WENT
WHILE READING SUCH RHYME WONDERMENTS
AS OFT WE’VE WROUGHT, AND REVEALED THUSLY
EACH WHIT OF WIT WRITTEN HIERONYMOUSLY.

I write as an experiment,
just wondering where care is sent
when someone cares enough to cast
their cares away like this, the last

and final time a rhyme I write
will grace this space amidst these bright
and shining faces, Noms du plum,
wits with promise in this room,

this group, this troupe of bon vivants
and ne'er do wells, who spell their taunts
and praise to raise the banner high
for those who'd write, or even try

I'm running out of time and space,
so carefully I leave this place

to you who would continue on
with words, after mine are long gone. 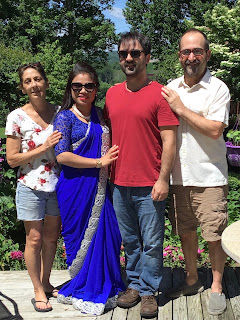 I have this theory. It's not actually my theory.
Group theory, and the classification of finite
simple groups, is the result of a group effort,
but I can use it whenever I want just like it's
my own theory, which is why I said I have this
theory. It could just as well be your theory too.

All Donations Go To Pot.

"I'll kill you now", I say and mean. Let no more words come in between my thoughts of you, and how I act. Know this, a...

Hieronymous Corey
Perryville, MD, United States
Hello! Okay, so this is Stuff and Nonsense. This is my Stuff. It’s mostly Nonsense. I hope you enjoy yourself while you’re here. Thanks for reading!